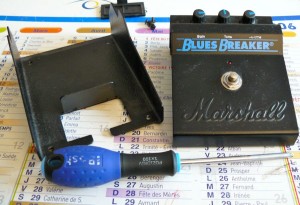 Here’s a Marshall Bluesbreaker. The goal will be to modify it to get closer to the legendary King Of Tone (KOT) of AnalogMan …

I like the original BB Marshall. It sounds a little harsh but not too much let’s say bright … one of the flaws : the overdrive starts from 3 hours (before, there is not much, and the overall level of output remains fairly low), the pots spit (that’s marshall) and even treated with KF Contact (or equivalent), this is far from perfection and, finally, as for the Guv’nor, the plastic jack welded directly on the circuit board are quite weak (cracked, do not take out the guitar jack etc..).

The quality of electronic circuit is not very suitable for mods (but it’s OK anyway, huh …) : the components have their legs bent copper side, and to desolder it’s much less convenient than the Japanese (Boss, Ibanez).

Stop criticizing and here are the schematics : the original, then that inspired the Analogman KOT. 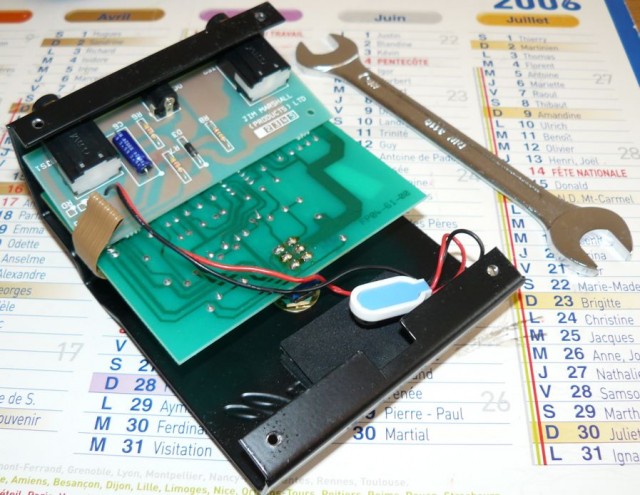 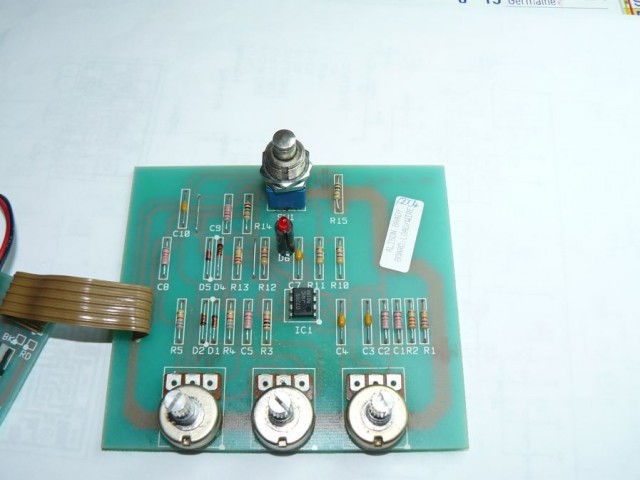 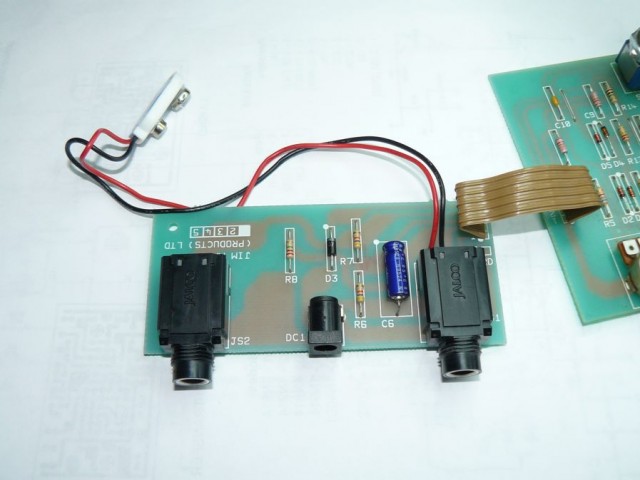 I begin by replacing the resistor R8 with a carbon resistor 1M  (instead of 2.2M for the stock pedal). I also solder a 100uF electrolytic capacitor of the terminals of R6, R7, and a small MKT 0.1uF Wima of the terminals C6 (Vr = 4.5V approx). 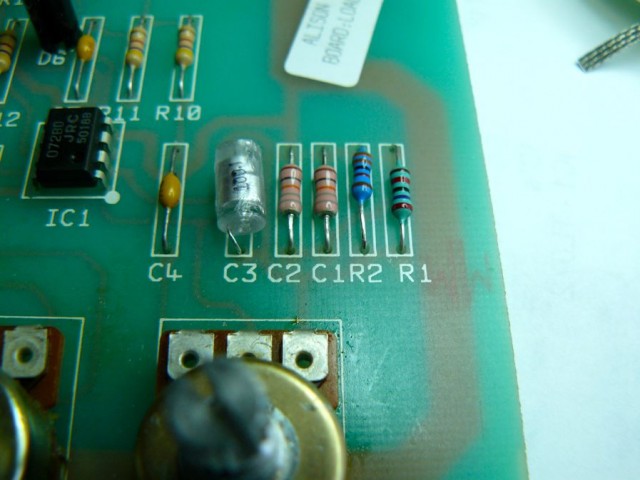 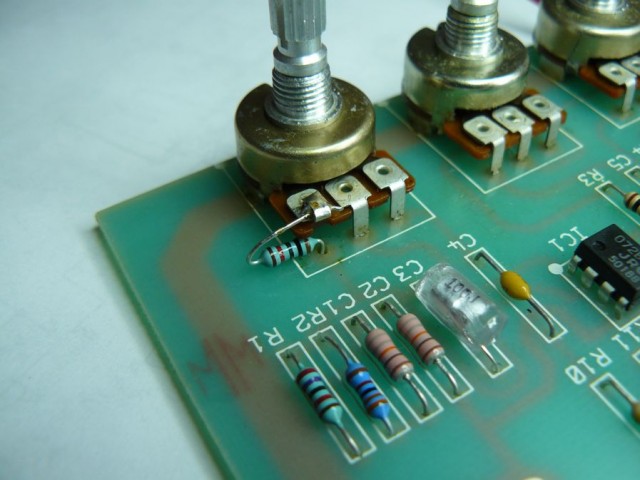 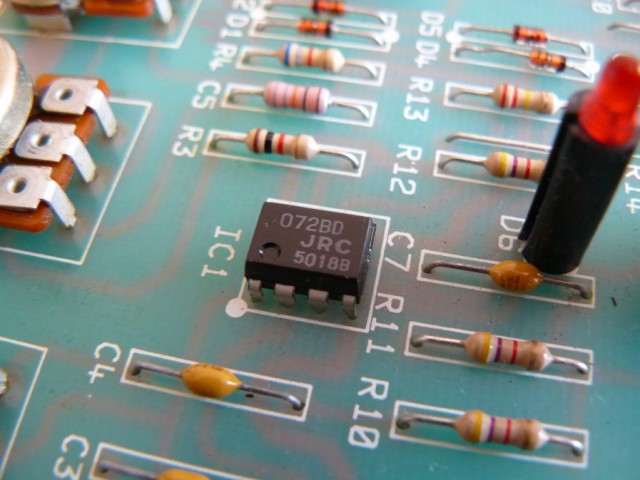 From what I’ve read here and there, this chip is pretty good. Nevertheless, it could be nice to try other ICs so I put a support instead : 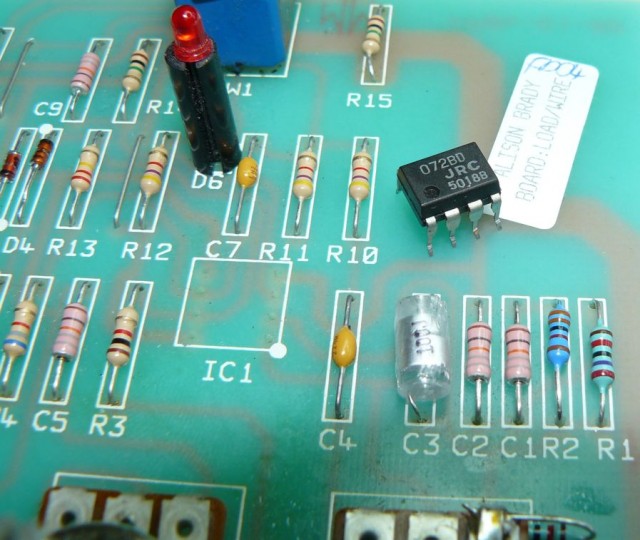 I replace the original chip … I’ll try with a Burr Brown OPA 2134 and other ICs ; I replace R3 (1k) by a carbon resistor (I would have replaced C4 and C7 of the Panasonic DMC-V film and R10 and R11 by carbon resistors, but I do not have the ingredients on hand …) 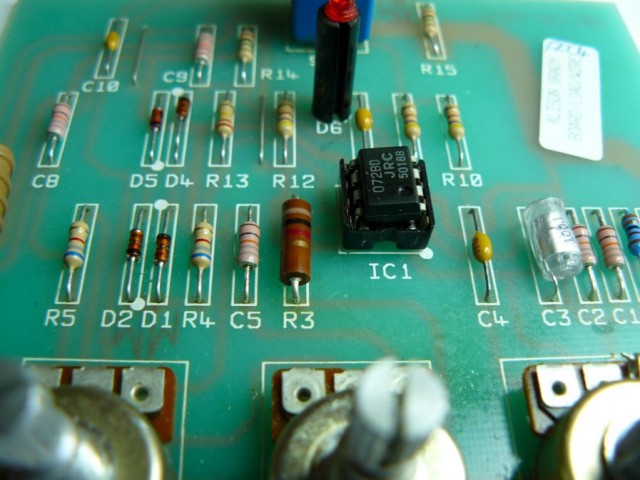 Now let’s face the big tweak of death : in soft clipping, we replace the 4 by 4 diodes original MA856 (that are just wonderful in my TS9DX modded) and in hard clipping (not provided in the original Bluesbreaker) 2 diodes placed 1S1588. The transition from one to another will be made with a DPDT switch. 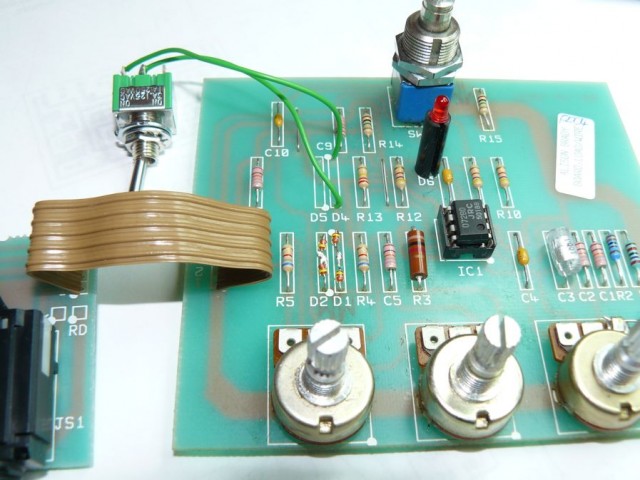 For the addition of diodes 1S1588 hard clipping, I connected directly to the pots,  Vr is on the volume knob : 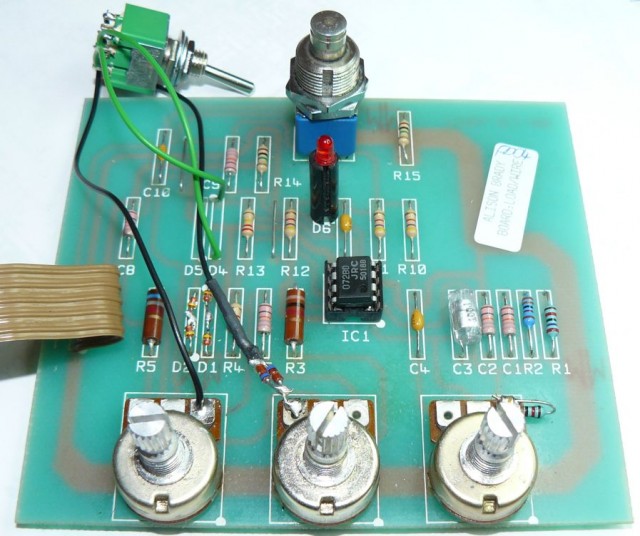 Then I mounted a 50k potentiometer (as a variable resistor) between C8 and volume pot (I moved C8 to solder it directly on the knob of presence) : 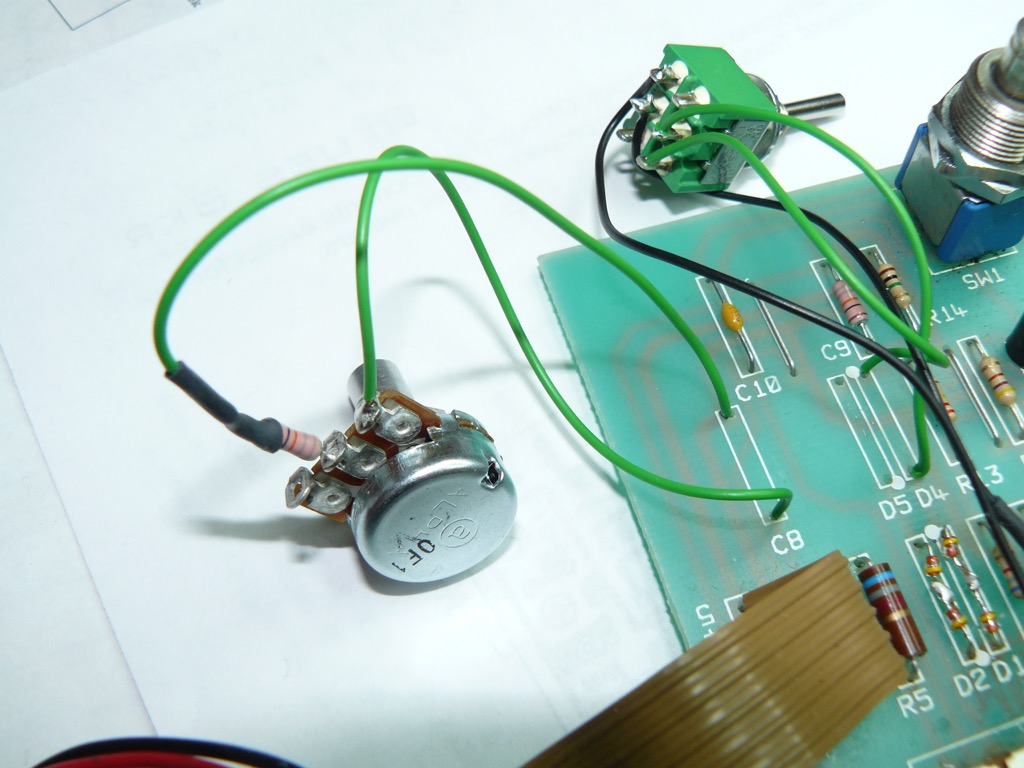 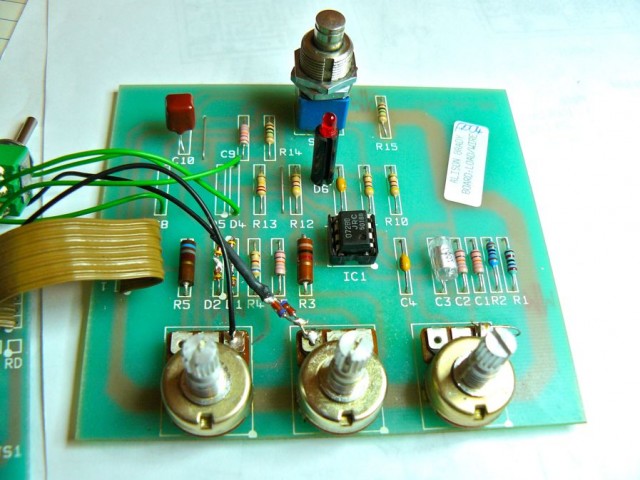 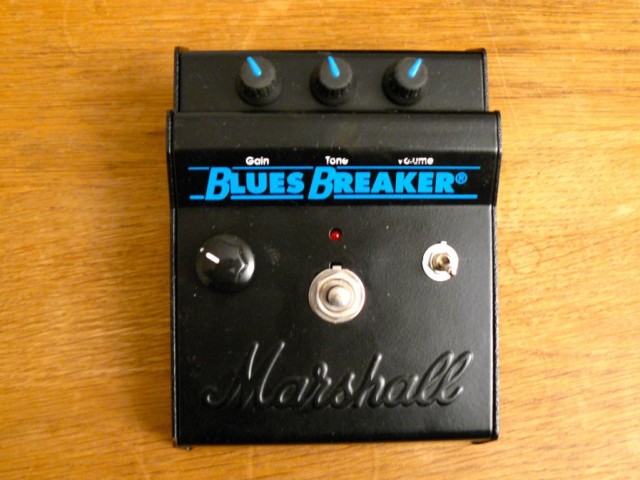 This entry was posted in Pedals and tagged bluesbreaker, KOT, Marshall, mod, pedal. Bookmark the permalink.