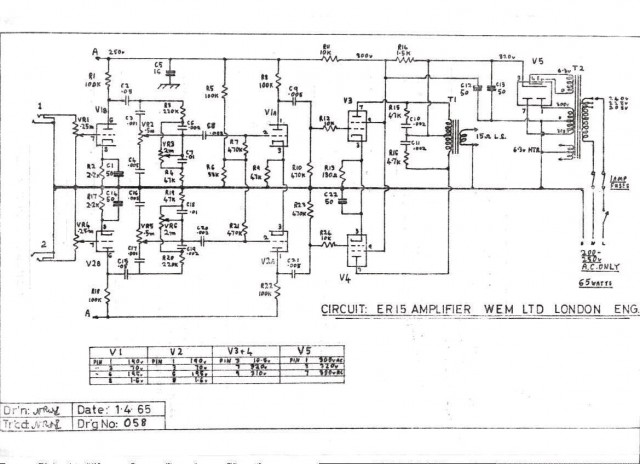 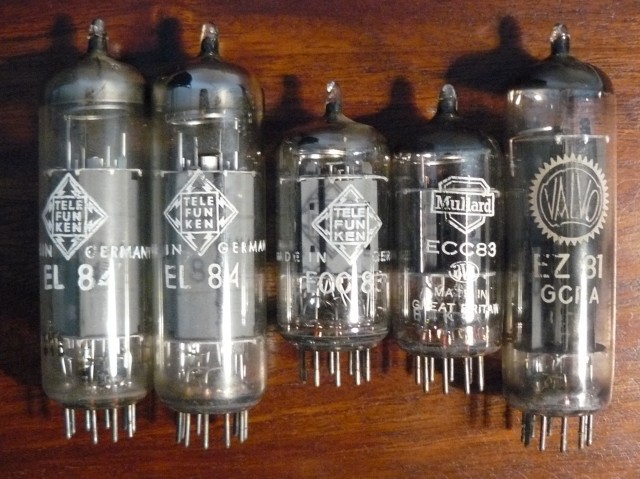 You could also see this site … vintage hofner !

OK, one fuse dead and the EZ81 died with a very cool blue flashlight after a few minutes (unfortunately for a mojo Valvo). New fuses, new JJ EZ81.

Voltage check without tubes, then with tubes. Everything seems to be OK. EL84 bias current at 46mA (cathode resistor is 130Ω on schematic, my amp has a 100Ω … quite hot).

Then, I plugged a cab instead of 16Ω resistor used for testing stuff.

Wow, this thing sounds !!! With a strat, very nice clean tone, and crunch at maximum volume. Pots are a little scratchy … to be fixed. 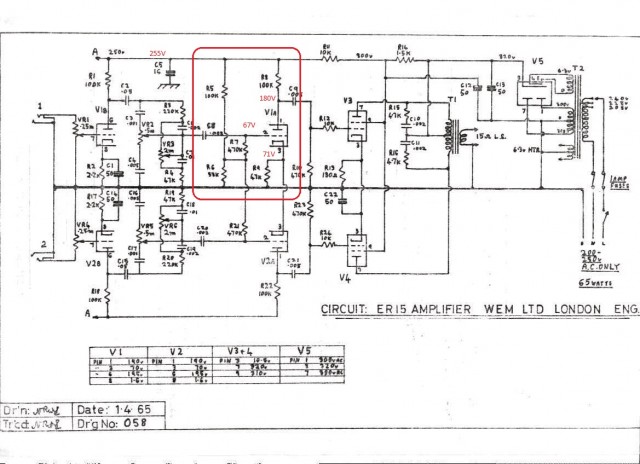 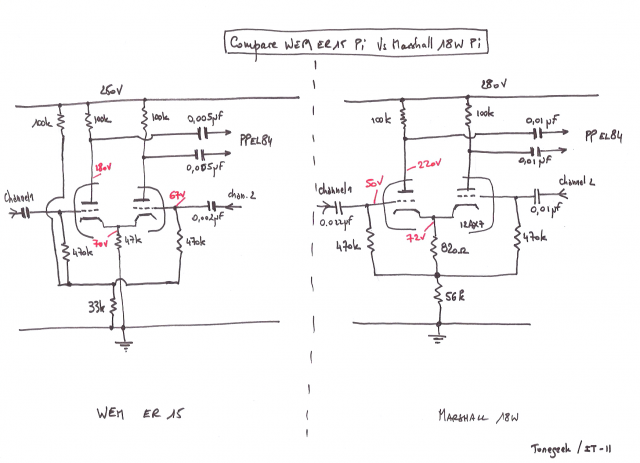 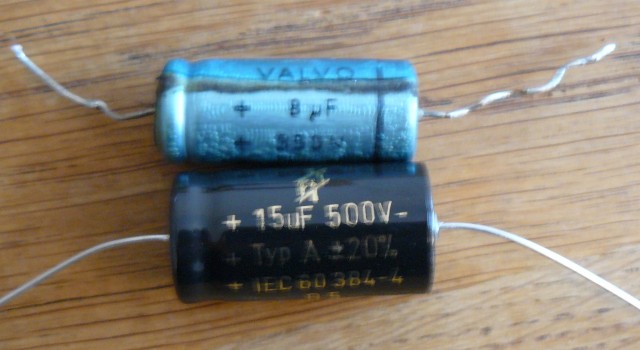 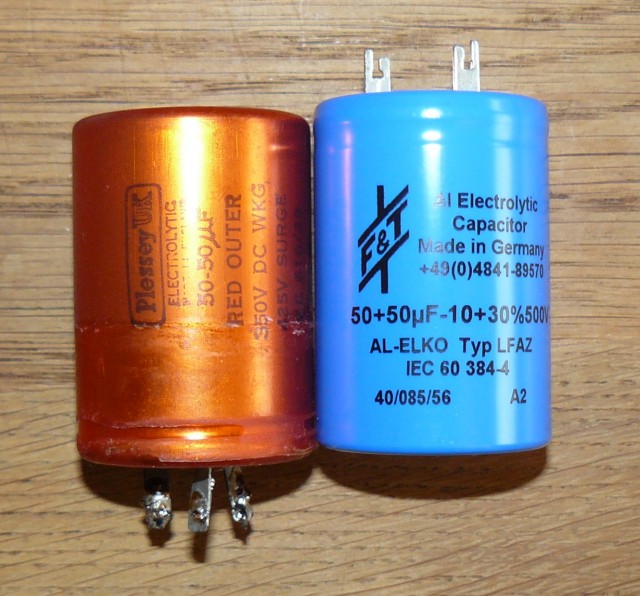 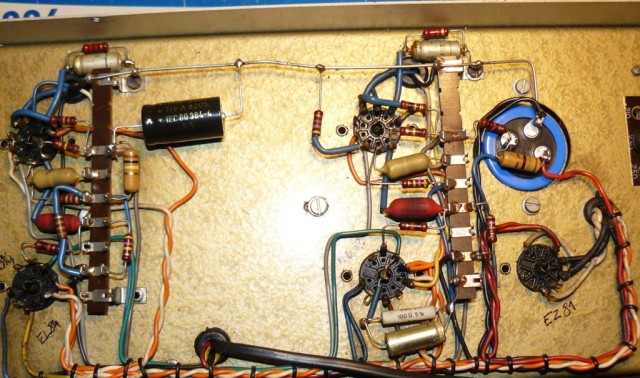 Modification of one channel to Marshall 18W : 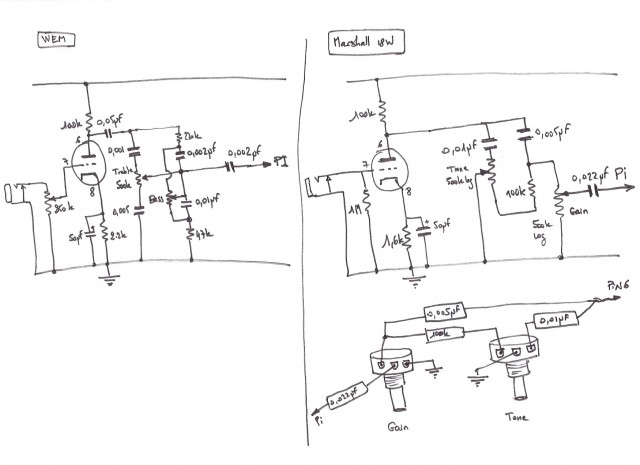 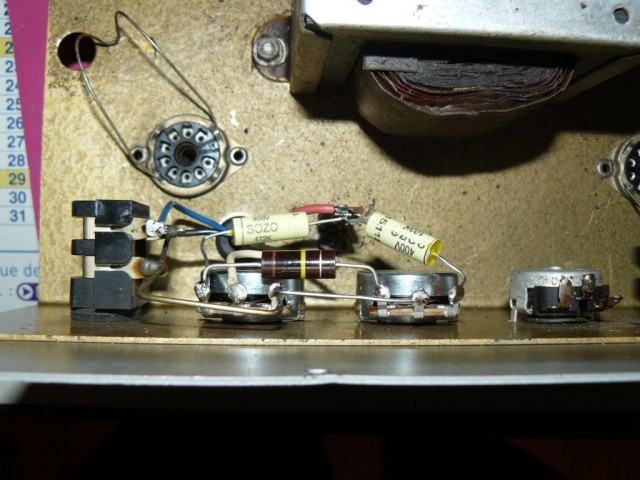 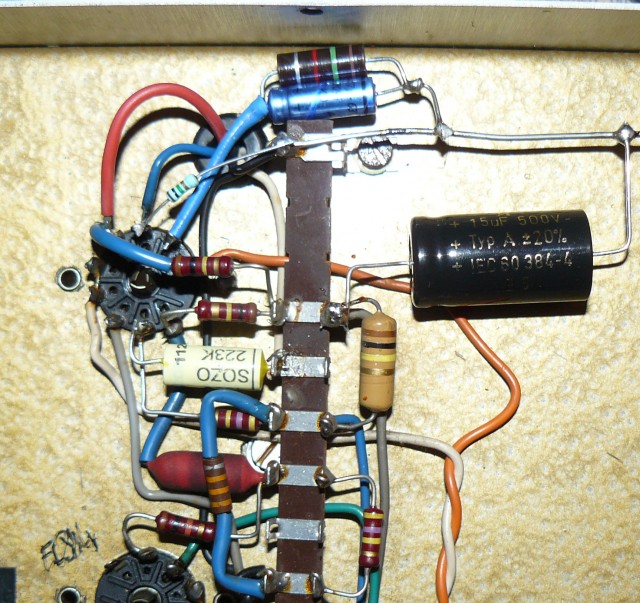 (The tiny 1M resistor is the only I had in my toolbox-pedal stuff. I replaced it … a few days later)

It works well, more crunchy at max gain, but the 2nd genuine Wem channel stays still so lovely. Gonna try to mix both with a special Y cable plugged into both input jacks … 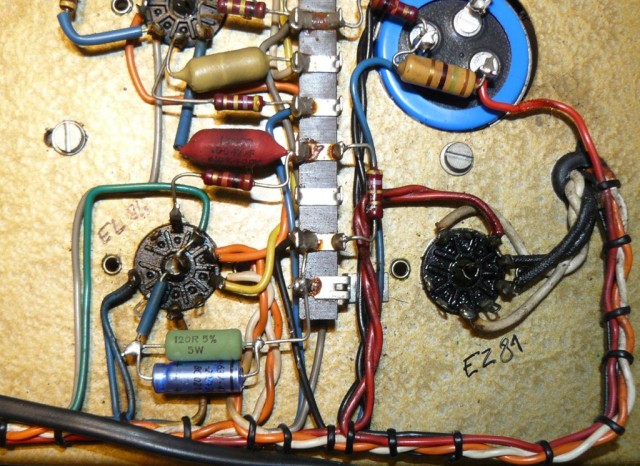 On channel WEM, quite every capacitors leak DC current (up to 12V DC measured at Bass pot …) so I replace these capacitor with MKP : 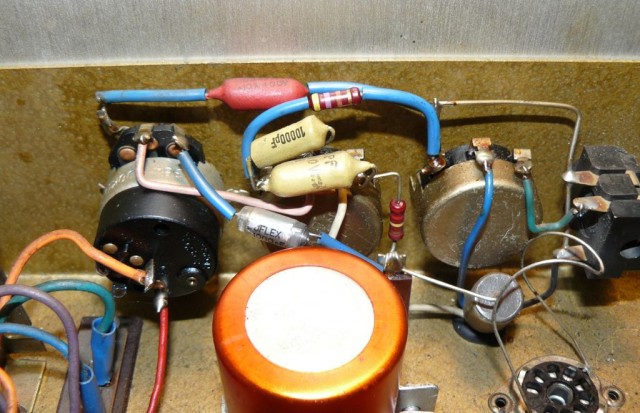 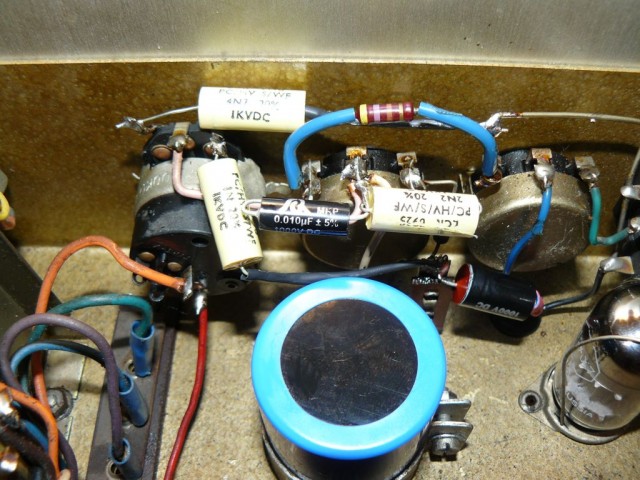 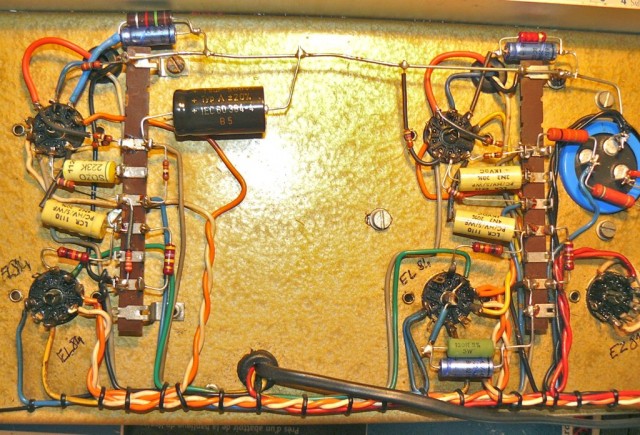 Two improvements this morning for the Marshall 18W channel : shielded input lines + a grid stopper (68k) on the tube socket (to prevent radio and mobile phone frequencies I noticed from time to time) : 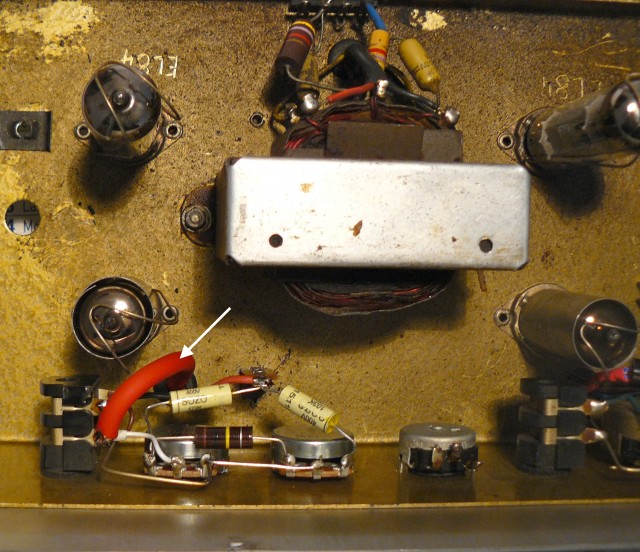 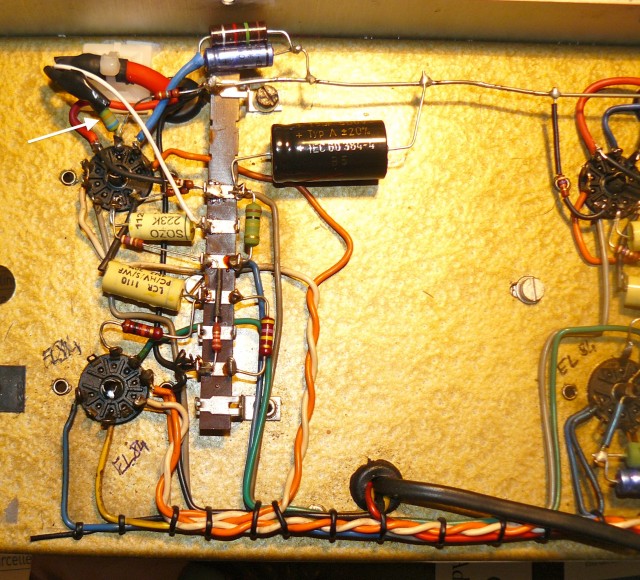 Many thanks to forum ProjetG5 members 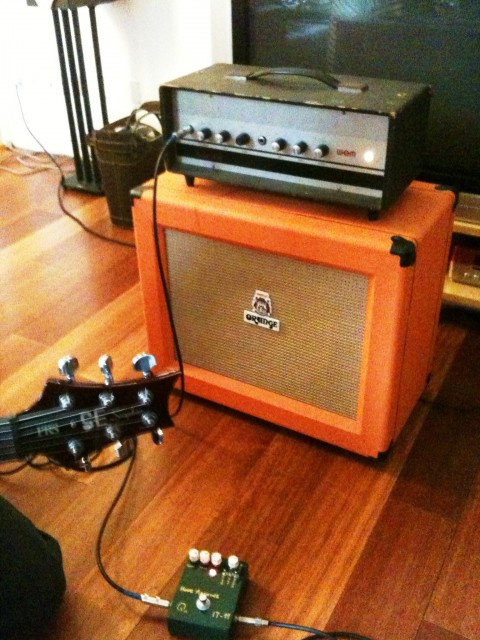 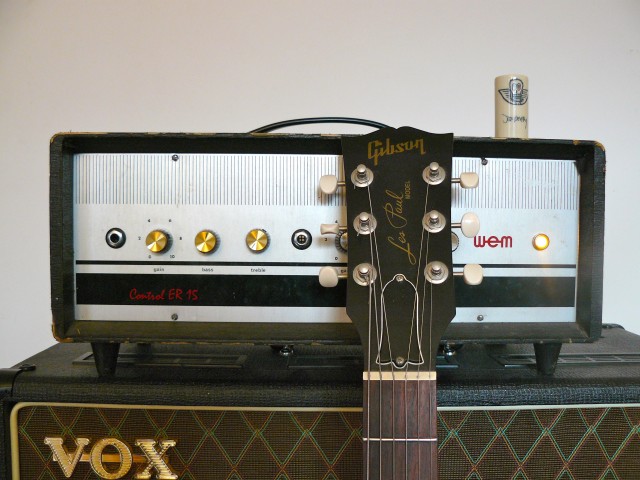 Some more pix and measurements for Jonathan. Hope this will help ! 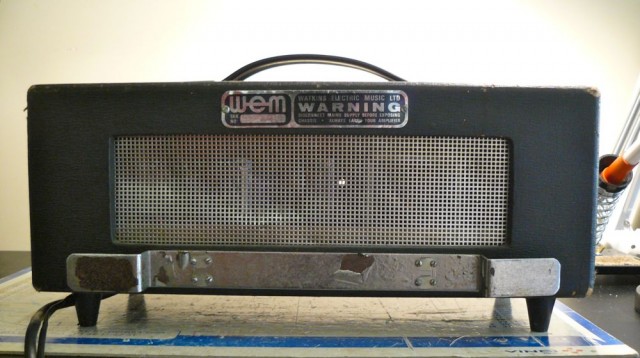 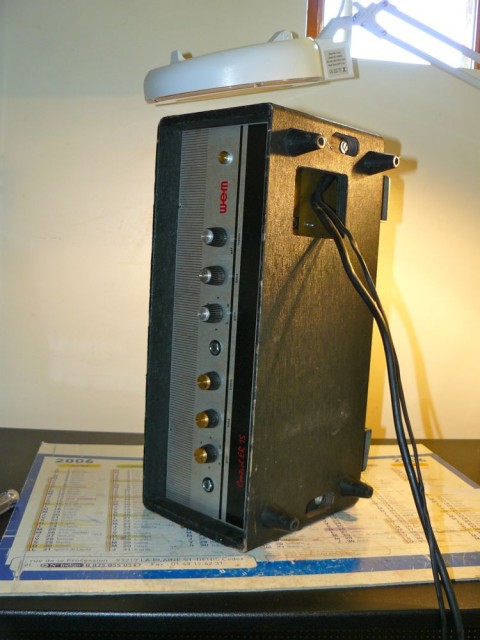 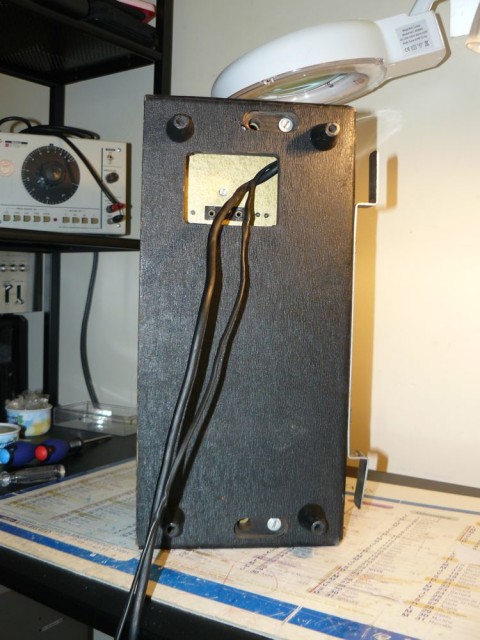 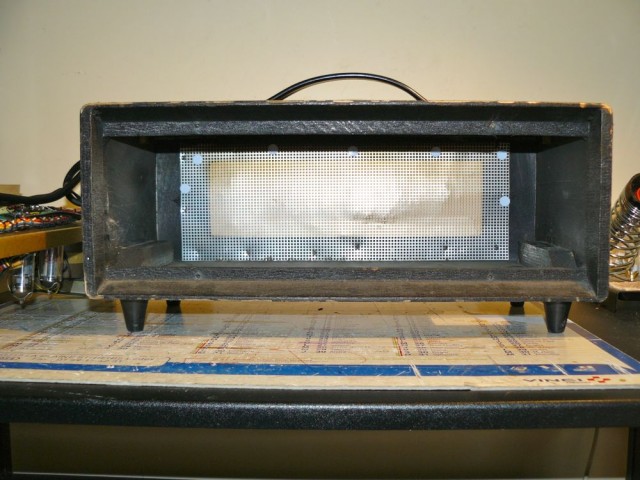 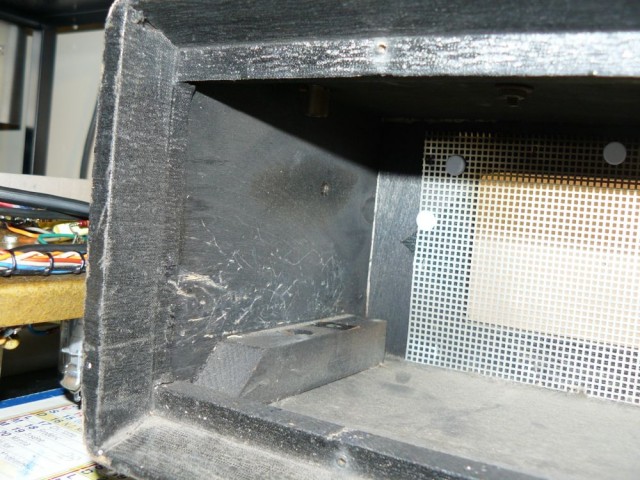 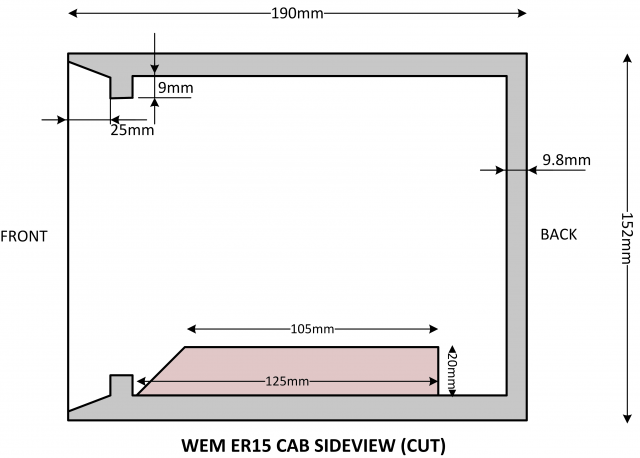 This entry was posted in Amps and tagged ER 15, ER15, tube amp, WEM. Bookmark the permalink.