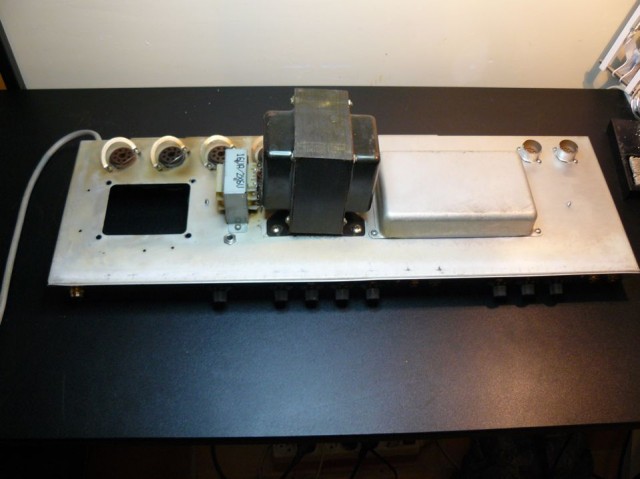 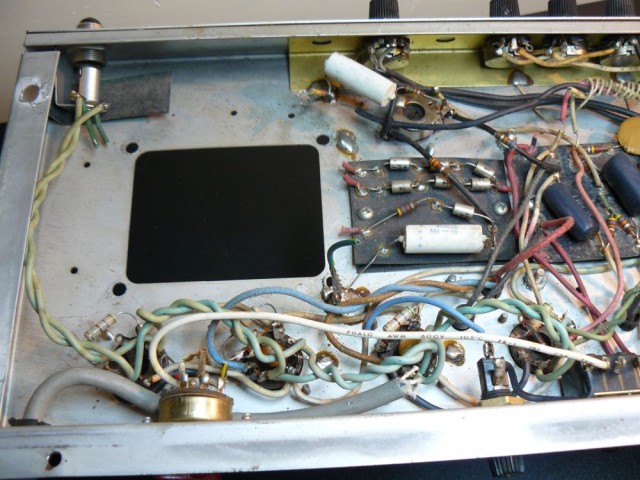 Thanks to www.wallybill.com for the layout, thanks to Chris A. for pointing out an error 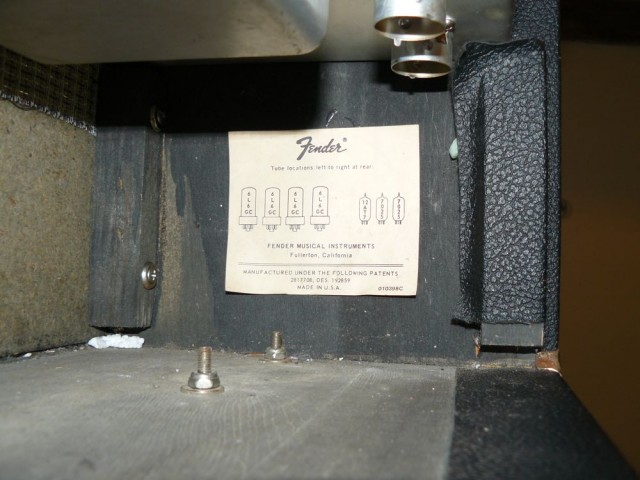 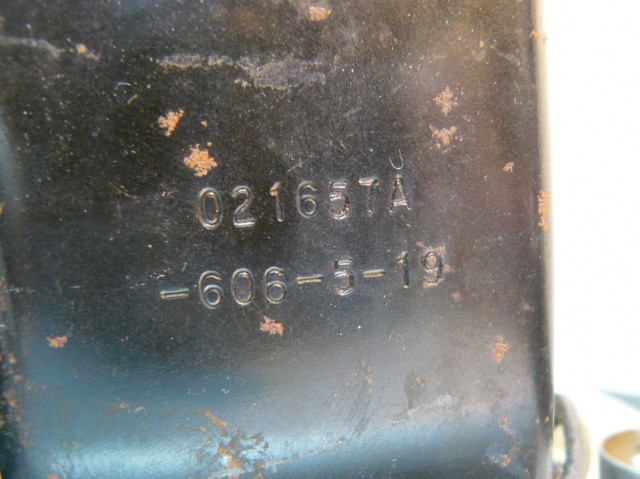 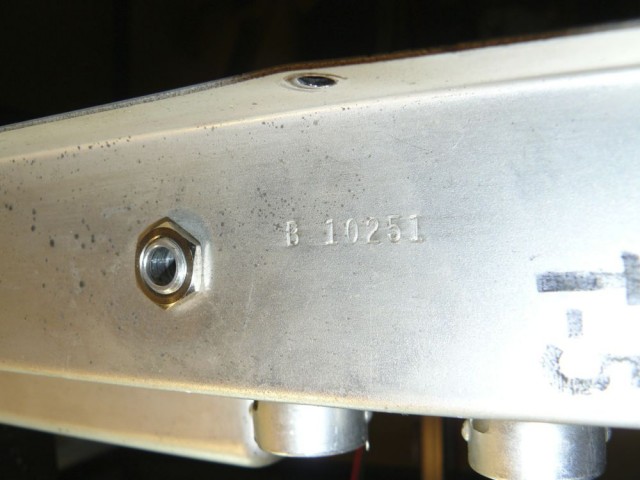 OK, once the new PT is in place (a Hammond 290FEX) and the four 6L6GC changed, time to rebias this thing. On this model, there is a balance bias pot and not a “real” pot to set the bias. Balance bias is easy : the minimum hum, the better !

Unfortunately, this does not allow to set the current bias, and on this Bassman, the current was as low as 18mA (for 440V to the plate). So I replace the 15k resistor by a 1k “security” resistor and a variable resistor (a 50k I had, but a 20k should be even better) : 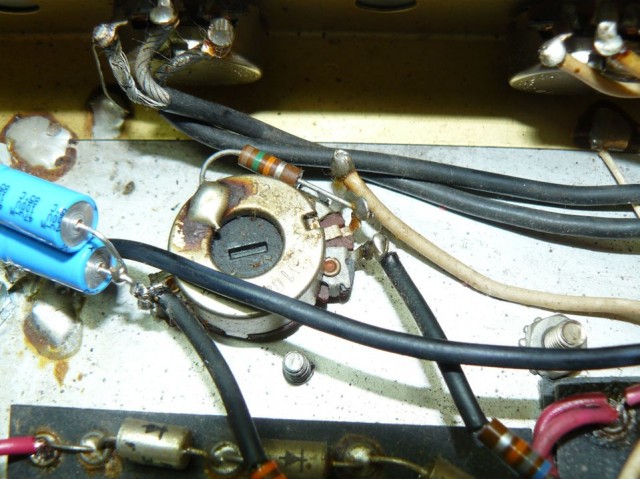 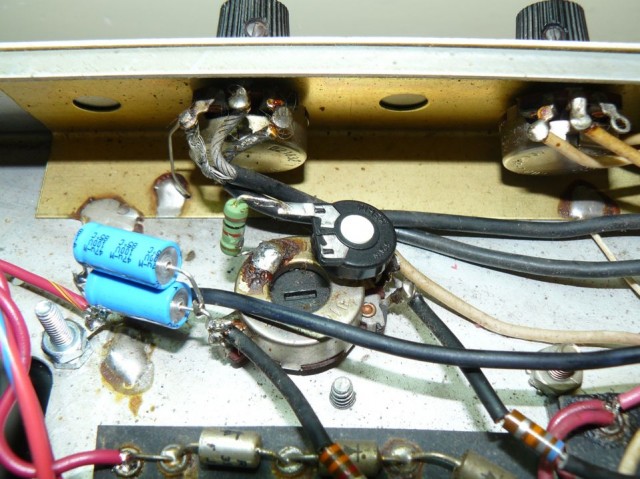 Hence, I can set balance AND bias !

I replaced the 40 years old Mallory caps (I keep them, maybe someday I will try to reform them ?) 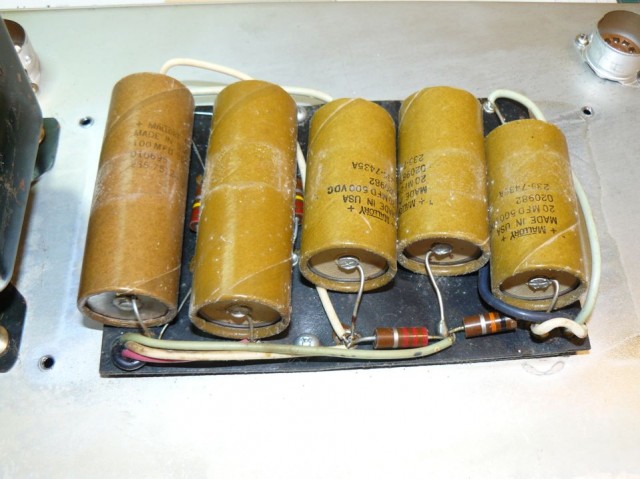 I noticed a wire going … nowhere ! Soldered at one end, cut at the other end ! A previous mod ? A “factory” mistake ? Anyway, I removed it (and the amp works well after having serviced it) 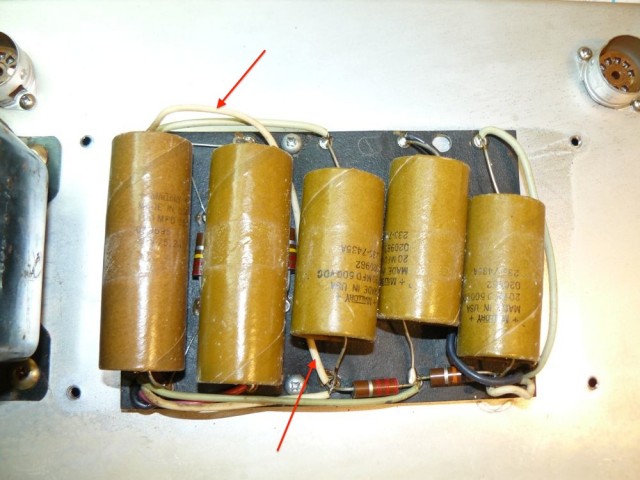 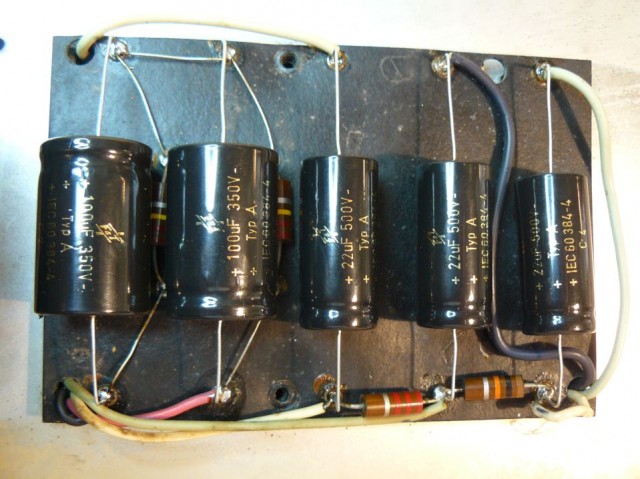 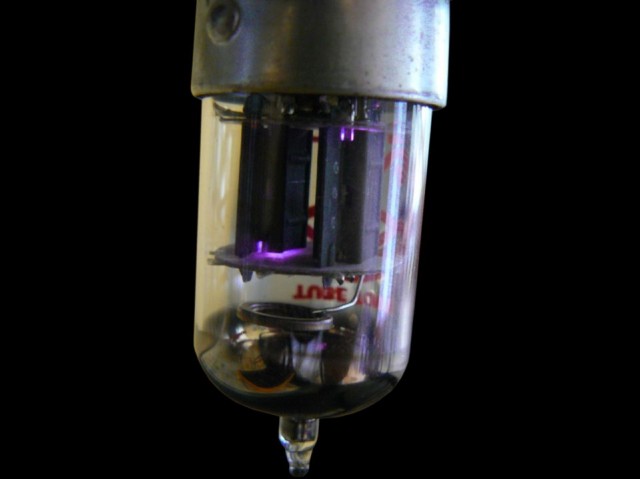 Air inside (and the getter is half gone, btw) : little break in the envelope … and one of the triode does not work (bass channel does not make any sound) : 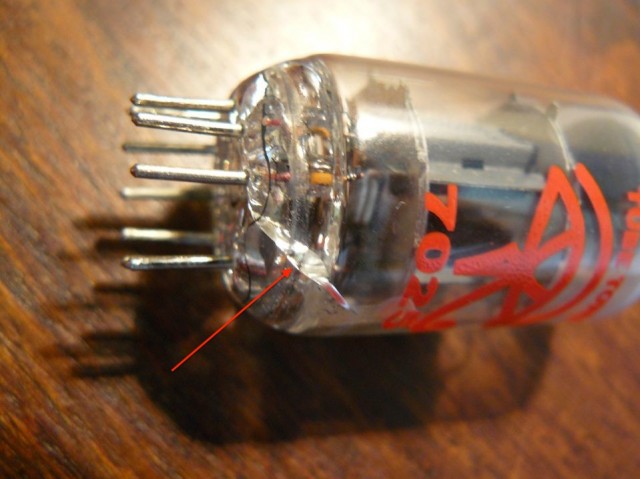 Anyway, the baby can sing again ! 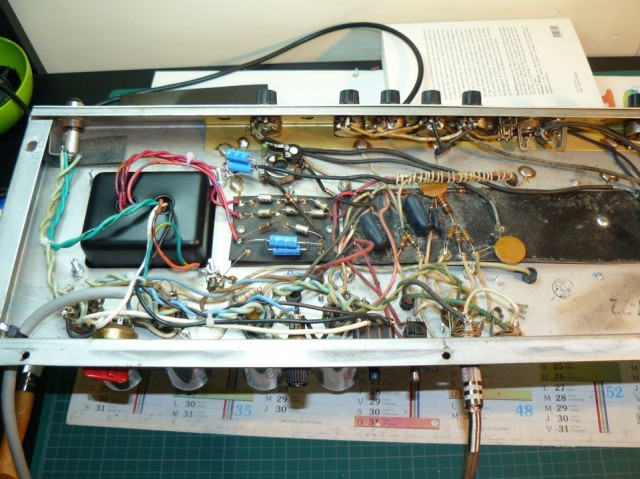 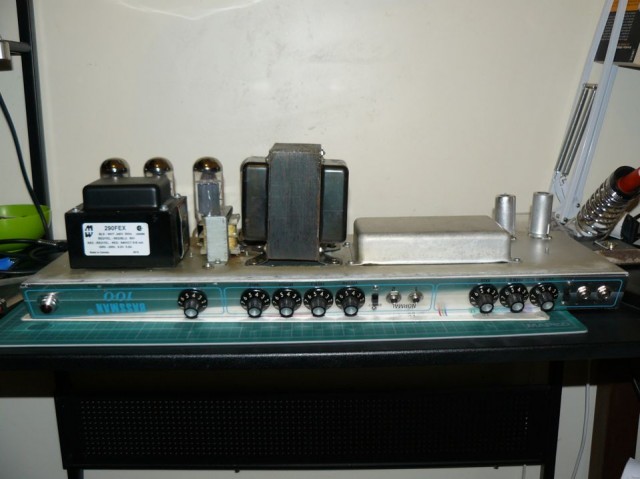 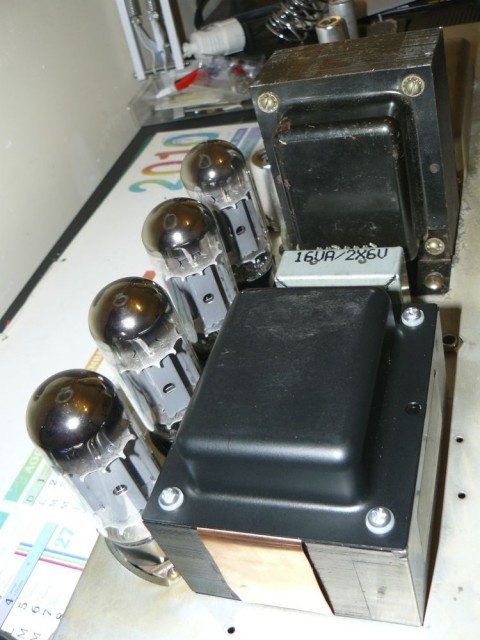 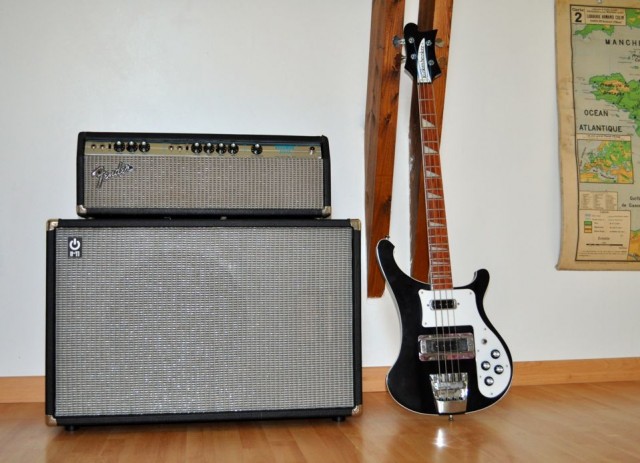 This entry was posted in Amps. Bookmark the permalink.