The Laney GC30V I have to service has a drive channel. While waiting for parts to service it, why not have a look on this channel ?

Here is an extract of the schematic (under PSpice, but let forget that, the simulation is by far not very accurate, specially on the plate side where it does not reflects the reality observed with an oscilloscope …) 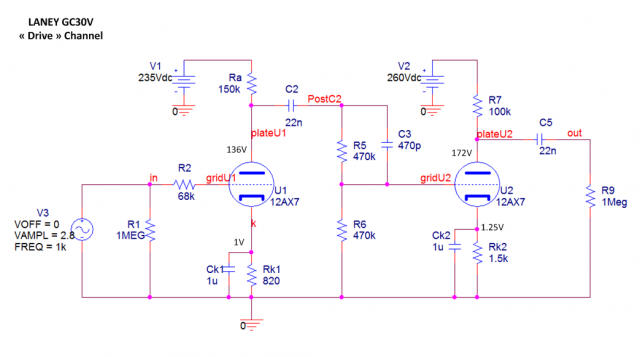 (as always, click on pictures to get bigger view)

For the first triode, the bias point is at Vk = 1V (I’m not sure Rk1 is 820R, I would say 1.3k by calculation, to be checked, but this resistor is CMS on the other side of the PCB so it’s not easy to have a quick look) 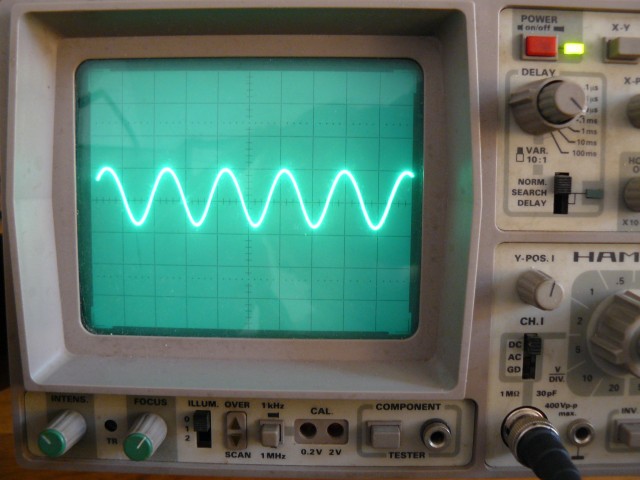 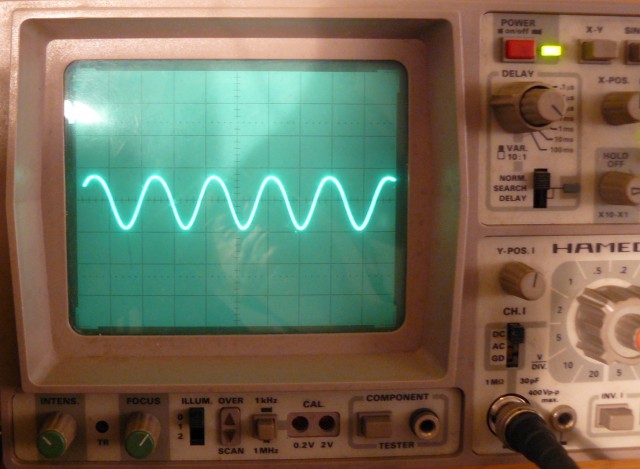 If we continue to increase the amplitude of the signal at the grid, the signal is clipped on the positive side at ~1V : 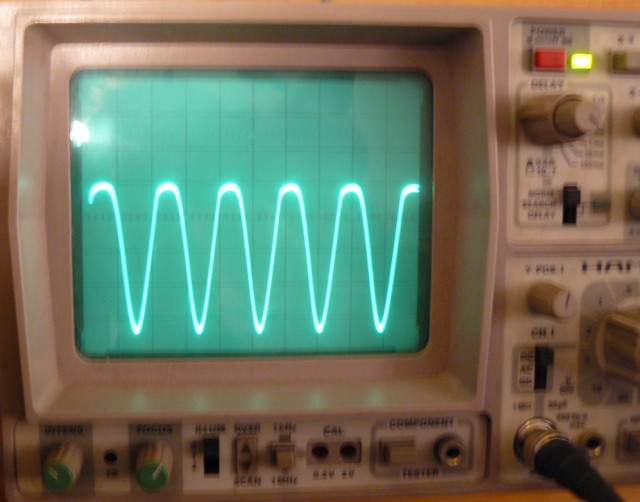 Grid signal clipped on positive side (scope at 1V/DIV)

When Vgk becomes 0V, electrons are attracted by the grid (rather than by the plate) and there is a grid current (from grid to cathode). It’s the grid-current limiting effect. 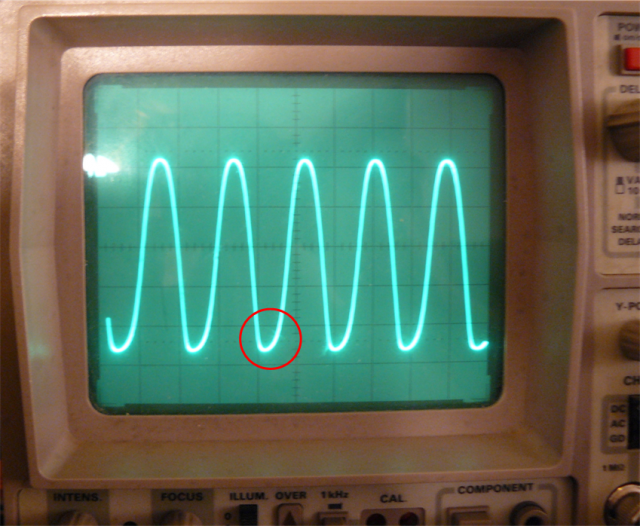 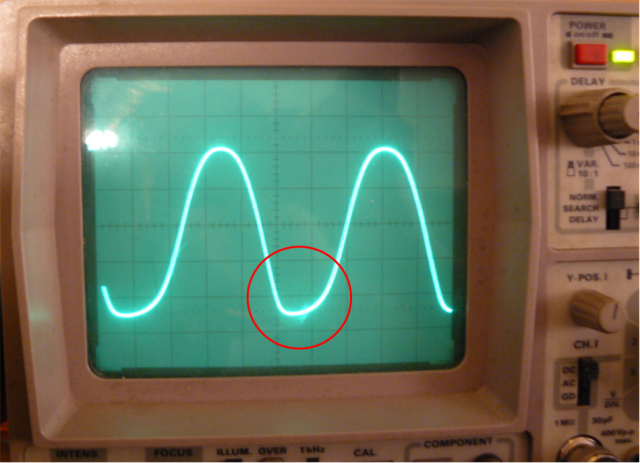 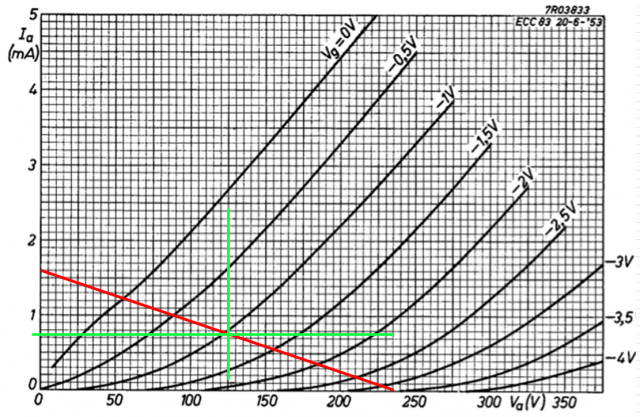 So, when Vgk becomes, let’s say -4Vp, the anode cannot swing above 235V (seeV1 on the schematic), and then we get cut-off. The grid is very negative and electrons cannot pass through. 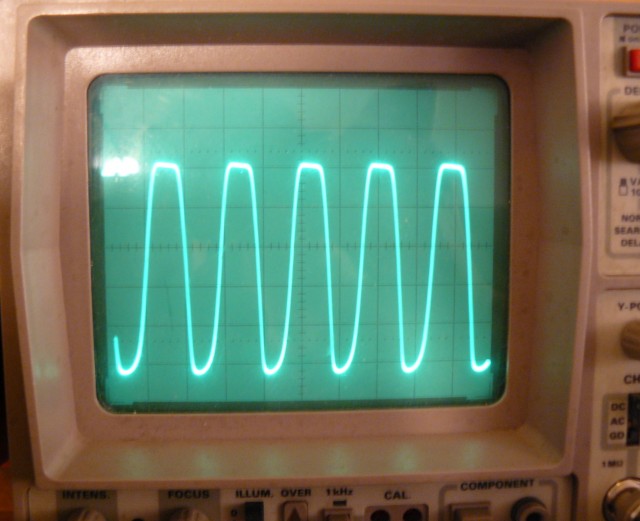 Output signal : note the clipping on the positive side, harder than soft clipping of the grid current limiter 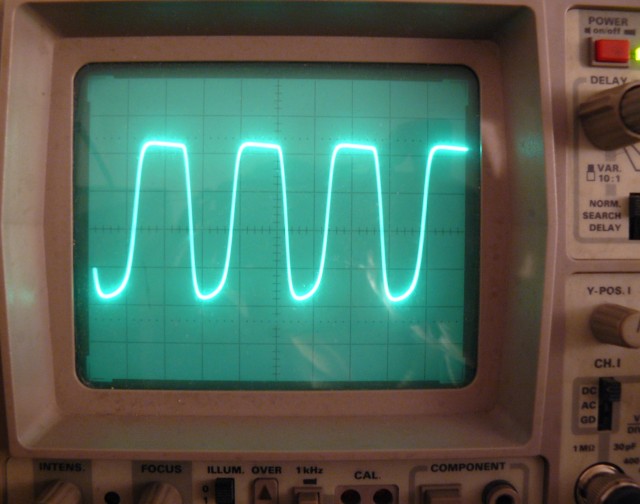 Cut-Off (positive on top) and grid current limiting (bottom, negative side) out of triode #2 (see schematic) 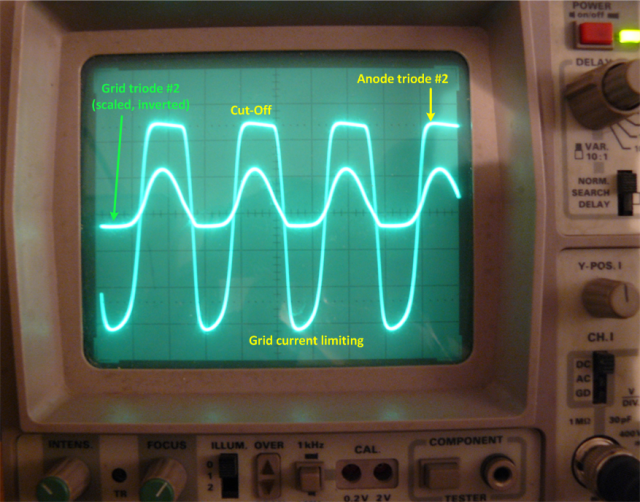 This entry was posted in Amps and tagged amp, cut-off, grid-current limiting, tube. Bookmark the permalink.

2 Responses to Grid-current limiting and cut-off …