New iPad2 coming in the next 3 monthes ? 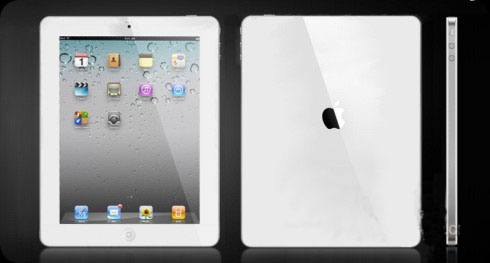 Foxconn factories would currently assembling iPads 2 for shipment within the next 3 monthes, that is by the end of march, 2011 !

There are up to 500,000 units prepared. We expect a press conference in january (or in the beginning of february) and a release date in March which is Apple traditionally anouncement date
The new iPad2 would have a front camera and a iPhone4 style (see picture)
Apple has sold about 15 million iPads in 2010.

This entry was posted in What's up, doc ? and tagged apple, ipad, ipad 2, iphone. Bookmark the permalink.