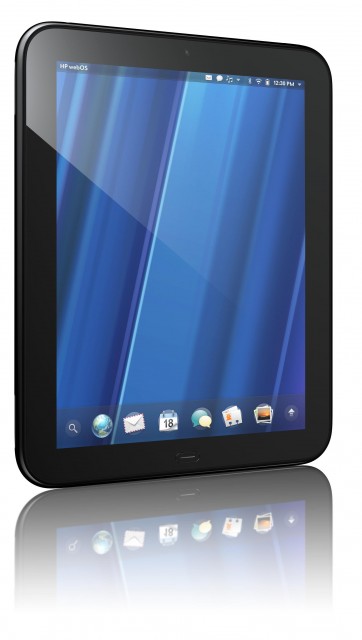 The world number one Hewlett-Packard (HP) on Wednesday introduced a new tablet computer called TouchPad, using the operating system of the late producer of Palm PDAs to compete with Apple iPad.

“The touchpad is all about you: how you work, you’re having fun, and you keep in touch with what matters most to you,” he added.
The touchpad should go during the summer version wifi (wireless internet), then later in 3G version (internet telephone networks).

This is the first device to use stamped HP operating system WebOS, inaugurated by Palm with its multifunctional phone Pre, released two years ago, which proved a critical success but a commercial failure.

The Pre having failed to revive Palm, HP has finally bought it last year for $ 1.2 billion. Former HP CEO had said from the beginning that he looked forward especially to get your hands on Palm’s patents and its management.

“Nobody has been able to approach the experience we have created with WebOS,” Mr. Rubinstein said Wednesday, who had once worked on the Apple iPod range.

TouchPad weighs as much as the iPad, 680 grams and has a screen size equivalent of 9.7 inches (24.5 cm diagonal). It is equipped with an ultrafast microprocessor Qualcomm, according to Mr. Rubinstein, who also praised the multitasking capabilities of the device and program integration of Adobe Flash video playback, ruled by Apple.
Finally he has a camera, that according to press rumors Apple is preparing to add the second version of the iPad.

HP has not announced any price for his tablet.

“This product has a chance to beat the tablet RIM (Research in Motion) and all Android (note: the operating system of Google), but not Apple,” he immediately commented analyst Sarah Rotman Epps , at Forrester Research.

“Consumers consider the HP TouchPad, and then they will buy the iPad,” she predicted.

According to her, the HP Touchpad should attract a good number of application developers, because it will surely be quite easy to adapt applications designed for the iPad, and HP will give them the freedom to monetize them.

In addition, HP said the system was called webOS to operate a variety of devices, from computers to smartphones. Both phones are already in preparation.

HP put “a lot of talent and significant resources” on this system, assured Todd Bradley, vice president of the general public at HP.
Deloitte has predicted that it would sell some 425 million mobile devices this year, 50 million digital tablets and 375 million smartphones.

By comparison, sales of computers should not exceed 390 million units, including 40 million netbooks, 150 million PCs and 200 million laptops.

This entry was posted in What's up, doc ? and tagged hp, palm, tablet, touchpad, webos. Bookmark the permalink.