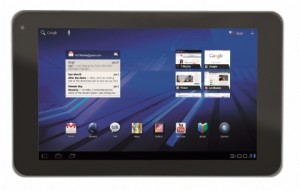 Now Google is working on its first Nexus tablet with LG. The Google Nexus Tablet will run Google Android 3.0 Honeycomb. It could launch this summer or early this fall.

And it’s possible that this really is nothing more than a rumor !

This entry was posted in What's up, doc ? and tagged google tablet pad. Bookmark the permalink.