Firefox 4 will be release at the end of the month

The release of Firefox 4 approach every day and we are already at version 11 of the beta of Firefox 4. On the menu, support for the famous “Do Not Track” that will prevent you from being targeted for advertising, fixing bugs, stopping the automatic switch to offline mode and a new homepage. The output of the final version is still planned for february.
What’s new in this version ?
•Support for the proposed Do Not Track (“DNT”) header
•Connection status messages are now shown in a small overlay
•WebGL has been re-enabled on Linux
•The default homepage design has been refreshed
•Firefox no longer switches into offline mode automatically 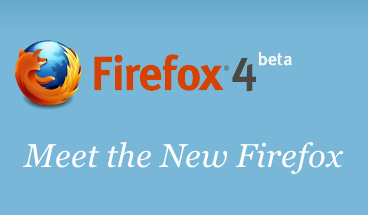 This entry was posted in What's up, doc ? and tagged Firefox 4. Bookmark the permalink.