Android : next step is to facilitate in app purchases 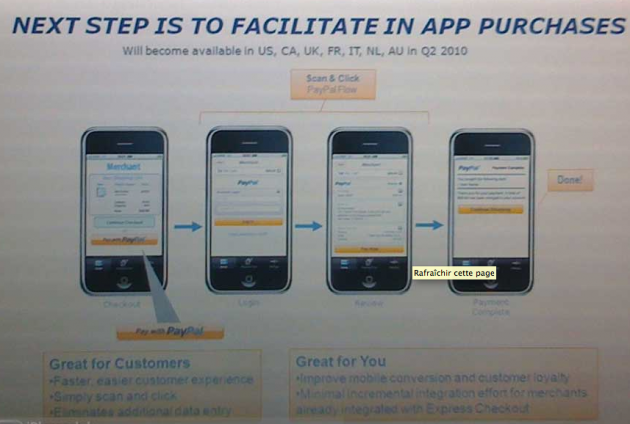 The event at Google headquarters (in Mountain View) was an opportunity to officialize the system of “In-App Purchase” Android.

Chris Yerga, head of engineering at Google, has made some demonstrations: the system allows the sale of virtual goods (by others) directly within an application. The case studies are numerous: virtual currency, levels of downloadable games, unlocking new features, etc..

I do not yet know if this functionality of Google will work for recurring payments such as subscriptions, but it’s still a big step for Android, which has often been criticized, even by Google itself. The current system using Google Checkout is not what is most effective for developers and users, but things improve little by little, Google also announced that foreign exchange would be perfectly managed. The developers will be able to set a price currency: EUR, US dollars, yen …

Payment Solution  In App Purchase already works on IOS (iPhone, iPad ..). Bart Decrem (Disney Mobile), which publishes the game Tap Tap Revenge, the popular game that has surpassed 50 million downloads, is mounted on the stage during the keynote to announce the arrival of the Android game. He took the opportunity to view the record numbers of TTR on iPhone: more than 25 million songs downloaded on iOS, thanks to In-App Purchase.

This entry was posted in What's up, doc ? and tagged android, google, in a purchase. Bookmark the permalink.